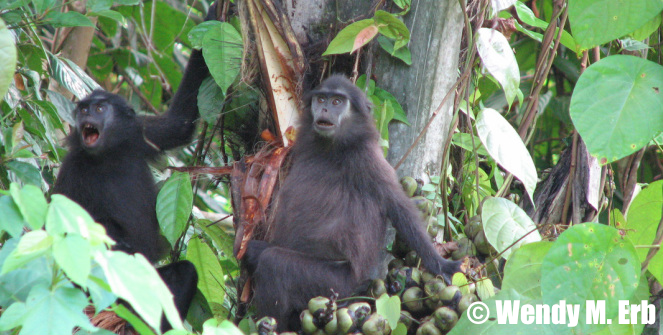 Two juvenile male simakobu alarm-calling while feeding on the flowers of the aren palm
Endemic to the Mentawai Islands of Indonesia, simakobu (Simias concolor)  are one of the world’s 25 most endangered primates [1]. They are medium-sized arboreal colobines that feed mainly on young leaves, unripe fruits, and flowers [2-3]. Simakobu typically live in small mixed-sex groups with one adult male and 2-5 adult females, and in all-male bands with 1-3 adult males [4]; however, in some areas, particularly where hunting occurs, they live in small socially monogamous groups [4]. Home ranges are small and exhibit some overlap between adjacent groups, indicating the opportunity for direct competition over resources [4]. Both male and females disperse, and while juvenile males may disperse from natal groups at an earlier age, both adult and juvenile females visit and transfer to other groups [4]. 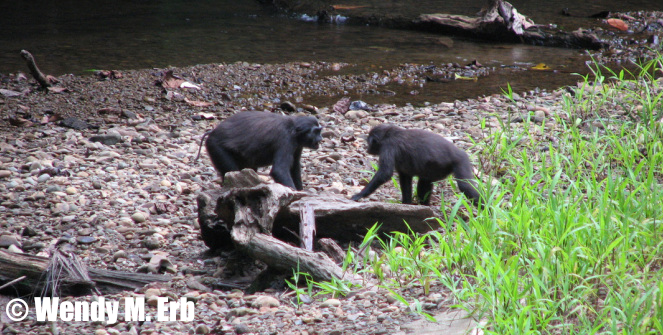